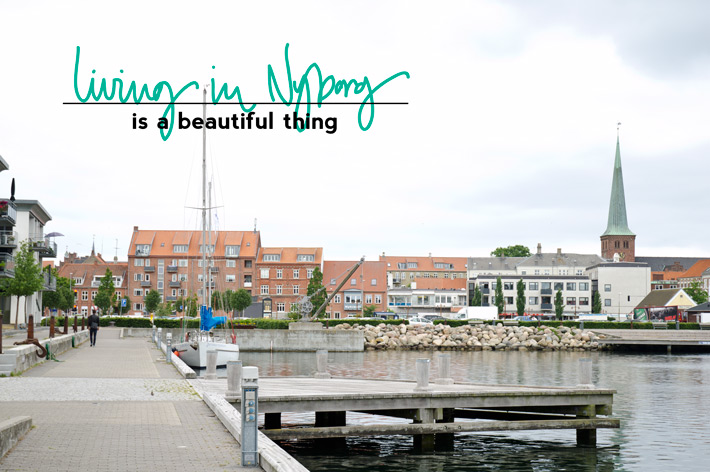 When I first moved to Nyborg more than five years ago I wasn’t feeling it. Coming from one of the biggest cities in Denmark, Nyborg felt so small-town. And it kind of is.

I never expected to fall for this place like I have.

To say that Nyborg has everything would be a stretch to say the least. But it’s a wonderful place for several reasons that I’ve been thinking a lot about lately.

Nyborg was the capital of Denmark from around year 1100 to around 1400. (That’s a crazy fact. Thanks Wikipedia.) And the city is doing so much good work keeping the old buildings, the ramparts and everything in perfect shape and super clean. It’s a pleasure to walk the cobble stone streets. And any time you peek into an alley there are beautiful half-timbered houses and odd little gardens.

There’s also an abundance of medieval festivals and events around here. See that castle pictured above? I’ve shot arrows from a wooden bow in the basement of that place. If that’s not cool I dunno what is. 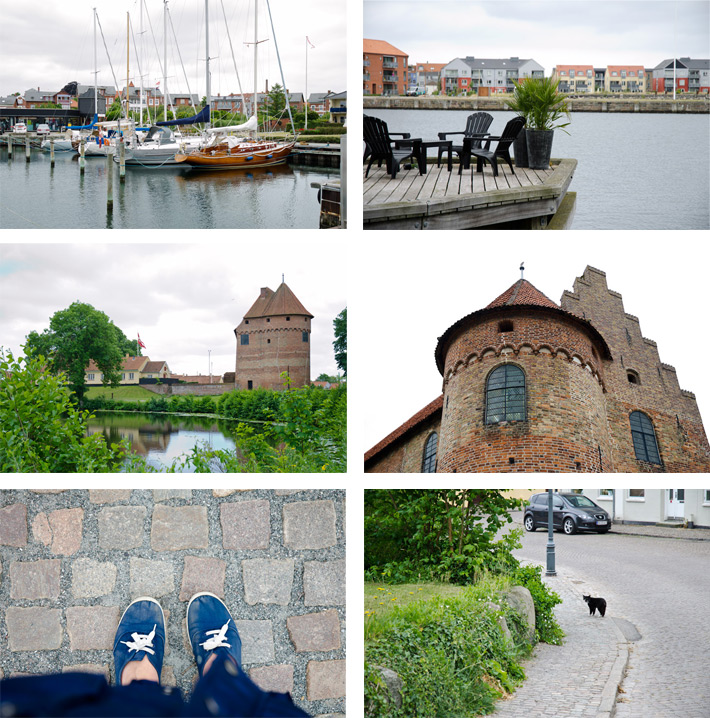 And then there’s the sea.

I’ve recently moved to the harbour in Nyborg – essentially at the center of the city. It’s always buzzing with life and at night the teenagers are hanging out there drinking beer (a not-so-lovely but typical Danish thing) and shouting and laughing. Nothing crazy though. Everything is mellowed at the harbour.

We’re surrounded by water. You can go to the beaches in Nyborg or the tip of the harbour and take in the watery horizon. It’s not like living in the city where there’s always something in all directions. It’s blank and flat, calm and fresh. It’s white space, so to speak. And who doesn’t love a bit of white space?

There’s so much more to say about this place but I feel like I’m rambling. :)

So thank you so much for stopping by. It means a lot to me.

If you’re in love with a special place, tell me about it in the comments. I’m feeling sentimental. <3

Have a great weekend, my friend.

25 Beautiful Things is a blog series about appreciating the little and big things in life. I think about this a lot and want to share some of these thoughts with you throughout 2014 and beyond. There’s just so much to be thankful for. If you’d like to share something you’re especially thankful for right now, I’d love to hear about it in the comments.